Chatstep Not Working? Here Are Some Alternatives You Can Check Into

Chatstep Not Working? Here Are Some Alternatives You Can Check Into

Listed below are some possible alternatives you can check into while Chatstep is not working. But before we go into it, it is necessary for us to know well what Chatstep is all about.

Chatstep is basically a chatroom where you can socialize with other people through online chatting and communicating. What’s good with Chatstep is it does go through with the technologies of today, having compatibility with Android and iOS devices, people are digging it.

Having different cool features available, the site garnered a lot of interest to the younger generations. Like any other applications, you also have to create and register an account to use its features of sharing photos, chatting personally, and other more.

Though it somehow shows like a rip off to any other social sites, due to its small memory consumption and low data processing, it attracts a lot of customers.

So regarding its features, let us discuss them to further know why Chatstep was a great hit.

So we have Create a Chatroom, Join Chatroom, or Public Chatroom.

By the name itself, Create a Chatroom lets you create your own private chat room. However, in order for you to do this, you need to register for an account, which I believe most of us know due to how the technology and innovation works today.

As I have mentioned earlier, you can create your own private chat room, which means, you can set a password for it so that only a couple of people whom you have given the password can enter it.

Having your own room lets you set a description for it. Why? This lets people have the slight information on what is being talked about under that chat room, and it does attract some people too. Under its categories, we are given 3 options, which are: Image, Friendly, and Fantasy.

Under Image, people in this chat room can share images or photos they wanted other people to see. Depending on the rules written on the description, what is allowed to be shared can stay at the chatroom.

Friendly. By the name itself, this chat room is all about making friends and talking about good topics that are not offending and with the sole purpose of socializing.

Fantasy. Under this category, what goes into your imagination can be discussed. Any fantasy-related topic is welcomed and people who shares the same idea can butt in or share his opinion about it.

The second feature is the Join Chatroom. So if you already know a chatroom name and password, all you have to do is search for it and input the necessary password it needs. But then again, you need to have an account to do this. So if you already have one, just go inside the chatroom, and enjoy.

The last but not the least. The feature Public Chatroom. By having its name Public, it means that it is open for everyone. Account or no account, it’s okay. So if you’re just planning to go and have a quick look at what is happening and don’t want to create an account, then trying a public chatroom is your key.

Why is Chatstep not working?

So since you are looking for an alternative to Chatstep, then I assume you already know that Chatstep is currently down and no longer working, right? If no, then this is what happened.

For people who used Chatstep, we know that Chatstep is never strict with its picture sharing. So people who have the guts to share pornographic images are never banned.

Due to the leniency of Chatstep through its users freedom of sharing, cases were filed against Chatstep due to having a social platform that exchanges sexually explicit images without having any censorship.

Some other reasons are due to the big fishes in social platforms, just like Facebook, Instagram, and maybe Whatsapp. Due to these platforms having more and better features, people stopped using Chatstep and are now preferring the said platforms.

So as promised, here are 10 alternatives if you wanted to socialize with other people by not using the major social platforms

E-Chat is considered as one of the best online chatting sites if you want to chat with new people. As people don’t spend a single penny to use it, it gains a couple of users that are willing to use it. Since it does not require any registration, so people are free to do what they want.

Just like Chatstep, you can also create a chatroom where others can join you or the other way around.

This platform is one of the famous ones. Having millions of users, ChatIW comes in second as an alternative. Due to its advanced features, this chatting platform became one of the most used.

If a free platform is what you’re looking for, then Chatzy is where you should go.Like Chatstep, it also provides the same features.

It also doesn’t need any registration to use. Unlike other platforms that need to have another software to run smoothly, Chatzy doesn’t need that. Having less downloadables makes Chatzy one of the people’s choices.

Also for some people who are seeking adult content, Chatzy also provides an adult chatroom which makes it more interesting.

One of the most secure and safe chatting platforms. This is one of the bragging rights of Bit Chat. Having the same features with Chatstep, Bit Chat also goes inside the top 10.

One of the easiest and have the most friendly user-interface. Shock Rooms offer good features and great appearance.

Just look for someone who you want to chat with and click request, then if he/she accepts it, you’re good to go, and chat all you want. Although it is in no.5, Shock Rooms, with a little tweak and improvement, it can go way higher and better. 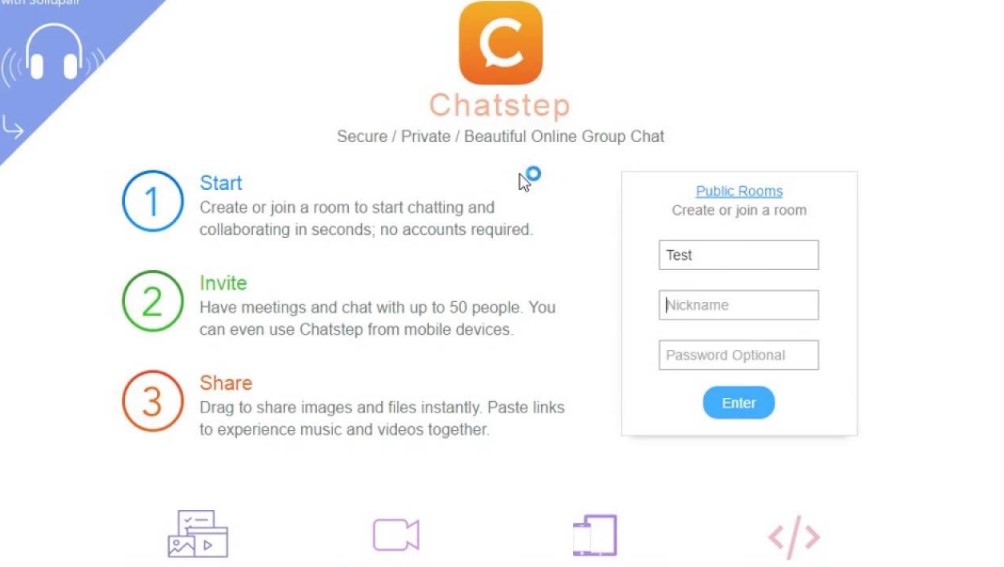 Other platforms also go with the same features like Chatstep but are not that polished. Although they are just minor bugs and they are still considered as a great alternative to Chatstep.

New York City SEO: How Can a Business in The Big Apple Stand Out